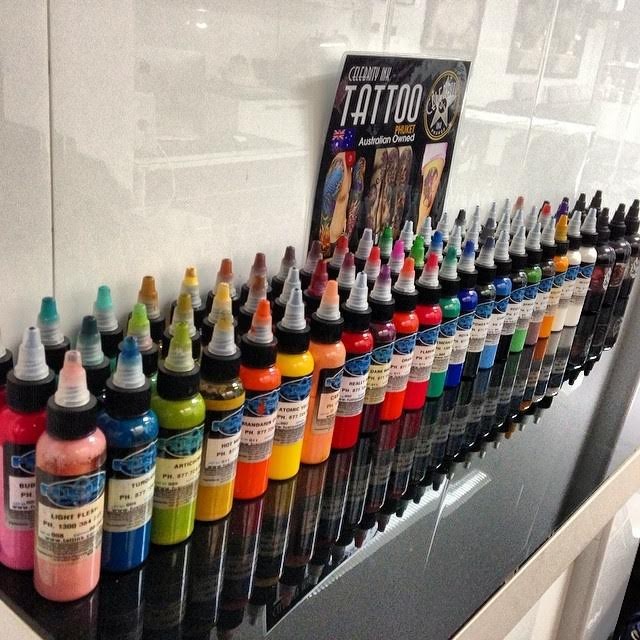 In 2015, I got my first and second tattoo. Nobody else I know in my circle of friends or family has got one so it was kind of like out of the blue. The idea first sprang up when I was watching one of the episodes of Jackson Galaxy’s “My Cat from Hell”, which featured the show presenter at a tattoo parlour, talking about his cat tattoos. I thought this is a cool idea and was inspired to get a tattoo myself. Naturally, my tattoo is going to be cats and without a doubt, I must have a portrait of my cat who turns 9 this year. She is the love of my life, the best companion I could ever have and I believe the only being I could tolerate cohabitation with. By that I mean we enjoy each other’s presence but also gives each other space by ignoring one another sometimes. There is no hard feelings and no such thing as awkward silence. I talk about my cat as if a human? Yes I do, she is not any less superior to a human.

I didn’t think I need a tattoo to show that I’m a cat lover, and I wouldn’t be getting one for that reason alone. I didn’t get a tattoo merely because it would look cool or to memorialise a loved one. I mean I could but considering my current state of affairs, it seems unwise to spend my money on tattoos when my finances are tight. However, for reasons I can’t really explain then, I felt an urgent pang to get one. It wasn’t done on impulse though for I started with a small one and was very pleased with the results I returned for a second one. Who knows they could be that addictive.

As Johnny Depp once put it, “My body is my journal, and my tattoos are my story.” On appearance, my tattoo tells a story of my love for cats. Beyond that surface, it takes on a deeper obscure meaning. I was hoping my tattoos will distract me from the vicissitudes of life and to cope with the stresses of commuting in a busy city. I want it to be a reminder of the good things in my life. The tattoo is a familiar object that I carry by my side for comfort, like fashion accessories that people wear. However, unlike any other accessories, the nature of a tattoo carries additional significance, both actual and symbolic. Firstly, it is a permanent accessory that I will proudly wear. The fact that not everyone has a tattoo and that my tattoo is a statement of who I am foster a personal unique identity that stands out from others. In part, it is a form of self-expression. I don’t think a tattoo is something people tend to associate me with and so getting one is me showing them you can’t judge me by my looks. The symbolic significance is that if I am stuck in a crowd or about to face a meltdown because of the sensory overload, I can redirect my sight to my tattoo and focus on it to try block out all other sensory distractions and thereby create a sense of personal space (albeit in my mind) that separates me from others, allowing me to exert some degree of control over myself.

For this reason, I chose to get inked on my knuckles and forearm, prominent visible parts of my body. It is more for my convenience than to seek attention from others. I have considered that it might not bode well for my potential employers in a job interview and if that is the case, I might have to try conceal it wearing long sleeves. Another part of me was thinking I am done with spending time trying to conform to the standard norms of society.

There is a very good article written by Paddy-Joe Moran on the stresses of using public transports for people on the autistic spectrum. Readers who are interested may refer to the link below:

“My tattoo hides a world of hurt”

Amidst the hustle and bustle, I am living in a world of hurt in a city of over-crowded population and high density housing where the word ‘quiet’ does not seem to exist. Many people would agree that it is too crowded (it is a fact!). The fallacy is to think that the results and consequences flowing from the fact would be exactly the same for everyone. This is not true! It can become debilitating and demoralising for those with invisible disabilities including those on the autism spectrum. Going out becomes such a challenge that the mere thoughts of being stuck in a crowd is enough to deter me from stepping out of the house. Why bother going out knowing it would ruin my mood? The struggles are invisible, sometimes even to myself but I know it is there because I can feel the pain! Instead of a peace of mind and heart, my head feels about to explode while my heart hurts like needles prick. It has come to a point where the pain inside is too much to bear I need an outlet to release the pain and to feel it physically. I was scared of the pain, not knowing how hurt it’s going to be but at the same time, I intentionally get a tattoo to feel the pain, to see if it would hurt as bad as my heartache. As a result, what was invisible is now visible. The pain inside has been transformed into my love. My tattoo is not only an expression of who I am, it bears a scar of the pain I was in. This is the story behind my tattoo. Give me any day, I would rather sit for a 3-hour tattoo than spend 30 minutes on a Hong Kong train.

I would like to take this opportunity to thank Celebrity Ink Tattoo Phuket for their professional and impressive work at an affordable price. They are one of the best things that happened to me in 2015. I also find that tattoos are a great way to start a conversation while travelling in Australia with people complimenting on mine and sharing their own tattoo stories (which doesn’t seem to be the case in Hong Kong). While I am not much of a talker, I do enjoy a friendly chit chat.